Can you put a price on how much you love something? Someone loved the USS Enterprise-D (as depicted in Star Trek: The Next Generation) so much that they paid $576,000 for the filming model. Someone loved Grease so much that they paid more than $400,000 for the costume worn by Olivia Newton-John in the film's final scenes. However, you must consider that these astronomical prices weren't necessarily motivated by love for the movie or TV show in question and may have been an investment.

In terms of investment in a physical object that accrues in value over the years, your options are limited. Sure, there's real estate and certain antiques, but most purchases of this nature will decrease in value by the minute. Interestingly, this isn't the case with movie and TV memorabilia, and movie props for sale can be an investment opportunity — if it's approached with a clear distinction between being a fan and being an investor.

Movie and TV props are regularly auctioned, and fans may see this as an opportunity to own a piece of something that has brought them joy. The item in question may then take pride of place on a shelf where it will be admired on a daily basis. Approaching these sales as an investment is different. You won't even necessarily be considering items from productions you personally enjoyed and are looking for something that will accrue in value over the years, with the eventual intention of reselling it.

It's difficult to determine which items are likely to become more valuable. More recent films and TV shows may achieve cult status, but they can also vanish into obscurity. This is even more complicated in recent times, with the sheer quantity of new content being produced by Netflix, Amazon, and other streaming services. You're better off looking for props associated with productions with an established fanbase.

Franchise films or anything part of a cinematic universe (such as superhero movies) are a good starting point. While the big-ticket items can go for enormous prices, the quantity of props on offer works to your benefit. The association with the source material is where the potential value can be found. Minor props are more likely to have a lower sale price, meaning you can pick up something from a popular film without spending too much. Its eventual resale value will obviously be lower than a more iconic part of the production but is a safer bet than buying a prop associated with a production that could be nothing more than a memory in a few years.

If you make a clear distinction between being a fan and being an investor, movie props can be a potentially lucrative investment and are arguably more fun than a stock portfolio. 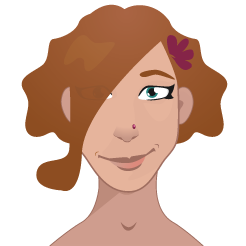